Zara’s Nikah Saturday 13th February 2021 Zee World Update: The priest is teaching the kids. He gets a call. Amaan gives bubblegum to the kids and leave. The priest scolds the kid and asks him to work hard on his religious education. He gives them homework and turns to leave but bubblegum is stuck on him, all laugh. Ruksaar comes and scolds the kids, she says you won’t talk to Zara as a punishment.

Zara is trying to call Ruksaar but she doesn’t pick up. Amaan calls Zara and tells her about the punishment.Hasina brings the food for the kids. The kids say we won’t eat this food, it’s spicy. Ruksaar comes there and says you have to eat this only. The kids sadly eat spicy food. Firdous says I don’t like this.The kids are sleeping. Hasina wakes up Alisha and sleeps in her bed. Alisha cries. Zara comes there and hugs her. Alisha says I don’t want to live here. Ruksaar comes there and asks Zara what she is doing here? Zara says the kids are not happy here. She calls Kabir and asks him to come home.

Kabir comes home. Zara tells Kabir that the kids are not happy. Ruksaar says we are giving them religious education which is important. Kabir tells Zara that Ruksaar is right, she is doing all this for the kids, they need to learn about our religion, you can leave. Zara hugs Alisha and leaves.Zahid is angry and kicks a ball. Kabir comes there and asks what happened? Zahid says Zara didn’t meet us. Kabir says I know that you find the studies difficult but it is important.

Irfan tells Zara that Kabir is giving them good education so don’t worry. Zara says he should teach them to become nice humans. Irfan says don’t worry.Hasina brings the milk for the kids and mixes sleeping pills in their milk. Zahid drinks it. Firdous makes him drink her glass too.Zara is making cupcakes. Azra is excited and says I used to eat them in childhood. Zara says my childhood doesn’t have good memories.

Ruksaar is scolding the kids and says you all will go to hell. It will burn you all if you don’t listen to me. Zahid is getting dizzy.Ruksaar scolds the kids and asks them to learn their lesson, she leaves. Zaid says let’s go to play for some time. They go to Shahbaz’s room and play with his rocking chair. Firdous messes Shahbaz’s photo too. Amaan comes there too and plays with them. Shahbaz comes there so all hide. Shahbaz finds the kids and shouts how did you people come here? What did you do? He finds his photo which Firdous turned into a cartoon. Ruksaar scolds Hasina for letting the kids out. All leaves. Ruksaar scolds the kids and says you will be punished, you know about hell right? Kabir comes there so Ruksaar acts concerned. She says that the kids messed up Shahbaz’s photo. Kabir laughs looking at it and says this is really creative. Suddenly Zaid falls down and faints. Hasina is shocked.

The doctor checks Zaid and asks what did he have? Ruksaar says just milk. He says I will give him an injection. Zaid shouts that I won’t take an injection. Zaid cries so Alina asks them to call Zara. Ruksaar acts like calling Zara and says she is not picking up. Kabir hugs Zaid and looks on.Kabir comes to Irfan’s house and says let’s go Zara. He holds her hand and takes her from there.

Zara comes to Kabir’s house. Zaid runs and hugs her. Zara says you are a brave boy. She plays with him and the doctor gives him an injection without him knowing. Zara hugs Zaid. Ruksaar says you can leave now. Zara says I will leave after meeting them. Ruksaar leaves. Zaid tells Zara that his head is heavy. Alina says we were sleepy after eating the food. Zara asks Amaan if this happened with him too? He says no.

Amaan shows her his camera car. Ruksaar hides and sees it. Zara watches the clips from the camera car and is shocked to see Hasina mixing sleeping pills in the food. She leaves from there. Ruksaar goes behind her. Zara comes to Kabir and says this… Ruksaar comes there and shouts at Hasina, she cries and says this woman mixed sleeping pills in my kids’ food, why would she do that? I trusted her and she did this, I am sorry Kabir. Kabir asks her to calm down and says to Hasina to get lost. Ruksaar shouts at her to leave. Zara says this camera car has all the recording. Ruksaar thinks that he can’t see my attitude with them, she tries to take the car and it break downs. Zaid comes there and hugs Zara, he asks her to stay. Kabir asks Zara to stay. Zara nods. 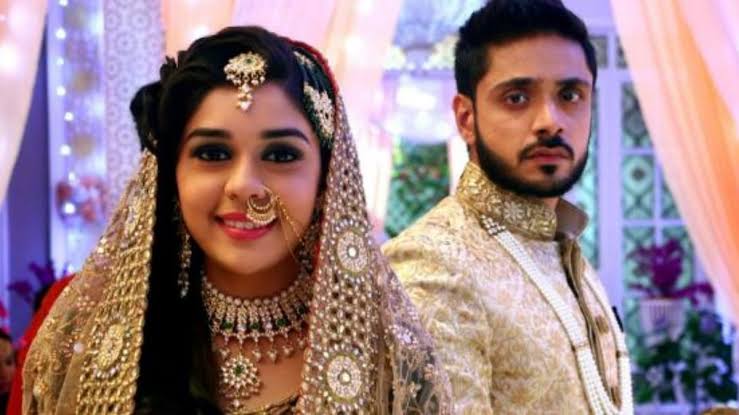